Indonesia is crowned as the best participant in the 14th International Exhibition of Public Work "SITP 2016" in the Safex Alger Exhibition Building, Algeria which was held from 23 until 27 November. The Minister of Public Works Algria, Boudjama Talai, hand over the appreciation to the Ambassador of Indonesia for Algeria, Safira Machrusah.

In particular, Talai express his gratitude for Indonesia's participation in the exhibition is considered unique and different from the others. "I'm happy, because of the participation of Indonesia this year is full of passion and active, and Indonesia showcased a nice pavilion. I also witnessed that Indonesian pavilion is alive and the atmosphere is festive. That is why Indonesia is deserved the award as the best participants," he said.

In this exhibition Pertamina also participated and became the central in Indonesian Pavilion aside of supporting in succeeding the work program the Embassy also introduced "Pertamina" Brand in Algeria after the approval of change of name from COPAL to Pertamina Algeria on 2 August 2016.

Indonesia took 544 m2 and the participation of 42 companies and 137 exhibitors is the biggest number after France. The participation of Indonesia is the biggest throughout the existence of Indonesia's representatives in the North Africa. According to the management record, in overall visitors of the exhibition reached 30 thousands. Moreover, the total visitor visited Indonesian pavilion is 15 thousand with the total transaction of 500 thousand USD or around 6.7 Billion Rupiah.

In the exhibition, Pertamina booth came up with something different from the other. The booth is designed minimalist in a form of gas stations with a touch of Balinese ornaments. Dominated with red-white color, to show the identity of Indonesia. There are also posters of Pertamina, Overseas upstream operations managed by PT Pertamia International EP (PIEP), products from Pertamina Lubricants, PT Elnusa, PT Pertamina Drilling Services Indonesia ( PDSI ) , PT Pertamina Badak Arun Solusi and PT Patra Jasa.

Aside of that, Pertamina also brought partners which was managed by Partnerships and Community Development Program (PKBL) which showcased handcraft from rattan, silver crafts, embroidery, and handbag crafts from traditional cloths and all the sample are sold out by Algerian. The booth is also enlivened by art performances such as music concerts and traditional dances. Together with the Embassy of Algeria with Pertamina as its sponsor held a lottery with a prize of free tour to Bali for four lucky visitors. It turns out that many of Algerian just know about Indonesia and Pertamina have varieties of products that are interesting and competitive.

On the sidelines of the exhibition, Indonesia receive special opportunities from the government of Algeria to held Indonesian Day. One of which Business Match-Making that is addressed to unite Indonesian entrepreneur with Algerian businessman (Business to Business), to facilitate businessman from both countries to get acquainted with each other and exploring potentials. 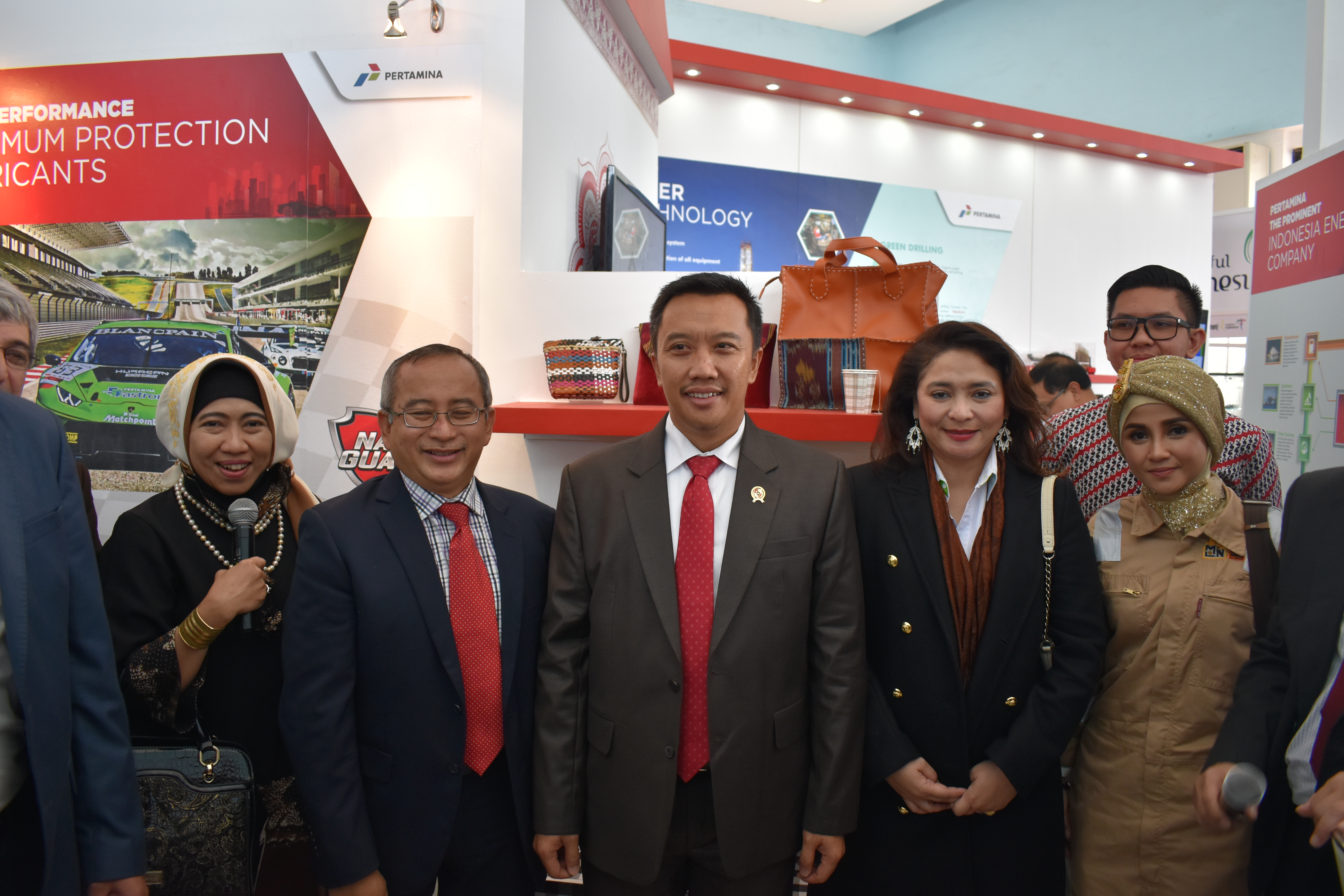